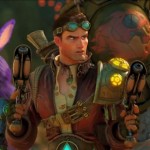 WildStar Guide:What to do at level 50

When you rech level 50 in WildStar which called Elder Gem.The most noticeable change will appear on your experience bar, where you stop earning experience point. But, you start earning Elder points for every task and kill that would award you with experience points. For every 75k Elder Points you get 1 Elder Gem, used to purchase various items and unlocks at the Elder Gem vendor in Illium / Thayd. Weekly cap is 140 elder gems or 10.5 million Elder Points.

It will take weeks to buy everything, so you should make a priority list. The item (Genesis Key – 150 Elder gems) which starts the attunement chain for raids is usually the very first choice, followed by AMP Power Upgrade (320 Elder gems), Ability Tier Points unlocks (400 Elder gems), and Mounts but it’s really up to your preferences. One of the really important things to do is boosting your housing decor bonus XP modifiers, or you can befriend someone who has more, become neighbors, and log out at his place.

Veteran Content
Veteran Adventures and Veteran Dungeons are unlocked on level 50, too. Veteran adventures are slightly harder compared to normal versions, and they provide a very good source of Elder Points, reputation, and renown. On the other hand, veteran dungeons are much harder, and they require a certain amount of practice to complete them. You will have hard time if you do them through LFG; it’s much better to get into a guild and/or make some friends while running dungeons and adventures. Also, both veteran dungeons and veteran adventures are one part of the raid attunement process which requires of you to obtain at least silver medal in every instance. You can also expect some epic items if you achieve a gold medal. You are bound to wipe a lot while doing veteran content, meaning you will have to pay for repairs a lot.

Daily Quests and Challenges
Daily quests on Crimson Badlands become available on level 50 and they can help you ease toll on your purse and make a decent source of Elder Points and reputation. Don’t hesitate to complete challenges more often, because you have a great chance to win a 16 slot bag.

Gain Beloved Reputation
Although it might sound strange to you when we encourage you to increase your faction reputation, but in WildStar features like raids and mounts depend on reputation level, thus, don’t be lazy, become beloved.

Raids
As mentioned before, you have to complete the attunement chain before you start raiding. The very first step is to buy Genesis Key – the attunement key, from the Elder Gem vendor, after you get the starting quest when you ding level 50. This process involves a lot of tasks: killing world bosses, maxing reputation with your faction, traveling around doing quests, obtaining silver medals in veteran dungeons and adventures… Not that hard, except for the veteran dungeon part, but requires time.

PvP content
For PvP content, well, you still have to kill other players. But, ways to obtain PvP gear are changed. Ranked battlegrounds and arenas are introduced and certain ratings are required to get better PvP gear pieces, next to prestige cost.

Next to them, there are Warplots. Each player can create a battlefield and design its structures, walls, terrain, defenders and deploy bosses defeated in raids. The first one is free. Once it’s created, you can match-up against other warplot designs through the group finder interface, drop down menu. The battle is 40v40 and players don’t have to be in a guild to enter. Once the battle is over, defeated design is destroyed.